Claim marked 3 on the following map 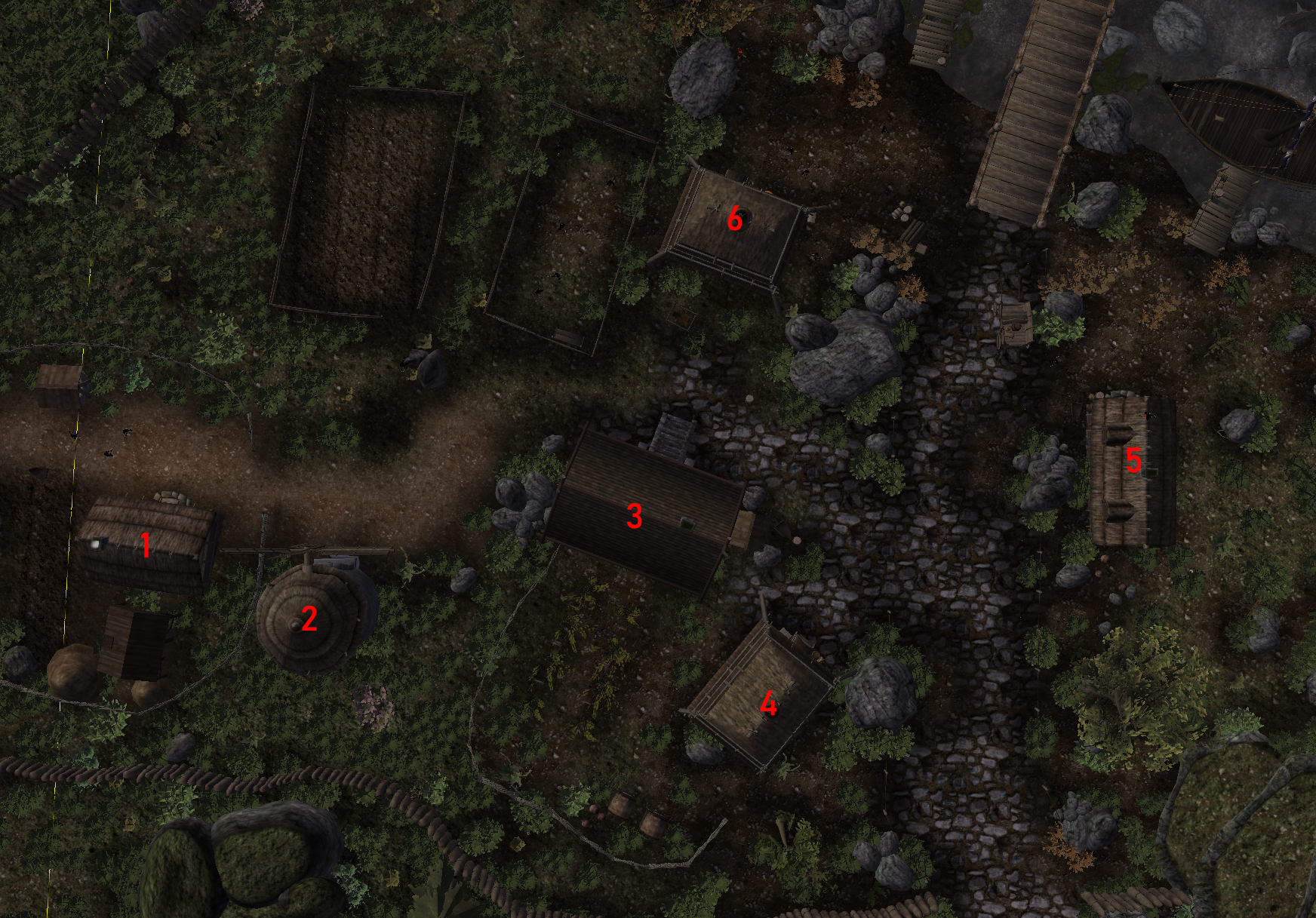 The home of Thane Solveig, a female Nord warrior and loyal vassal of King Barda. Ruler of the small hamlet of Fenbru, as well as lord of the bridge. She inherited the land after her father, who was awarded the village for his service in the War of Bend'r Mahk.

The manor, a considerable part of Midkarth land and the bridge originally belonged to Thane Julfnar - a minor Nordic noble who led a warband during the war, but whose incompetence or deceit led to a series of defeats for the Nords. He dissappeared during his final battle, which has led many to believe he switched sides and the Nords were willfully led into an ambush. He was stripped of his titles in absentia, and the land awarded to Bjorl the Bear, Solveig's father.

Her estate is somewhat wealthy, based on owning several nearby farms and by tolling merchants crossing the bridge. But having inherited her father's stout and modest lifestyle, her home does not flaunt an extravagant lifestyle.