The Petty Troll, a common nuisance in the southern Nibenay. 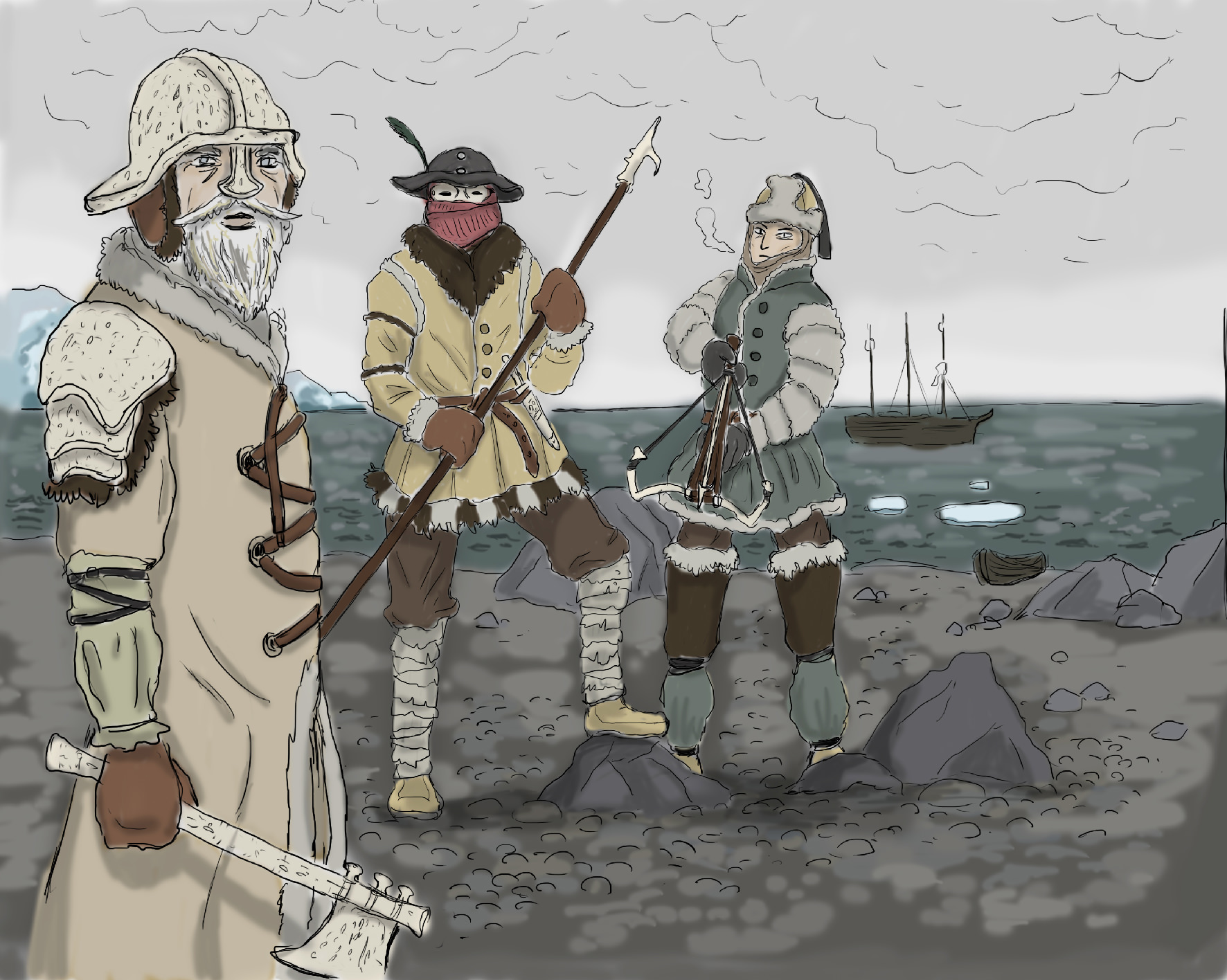 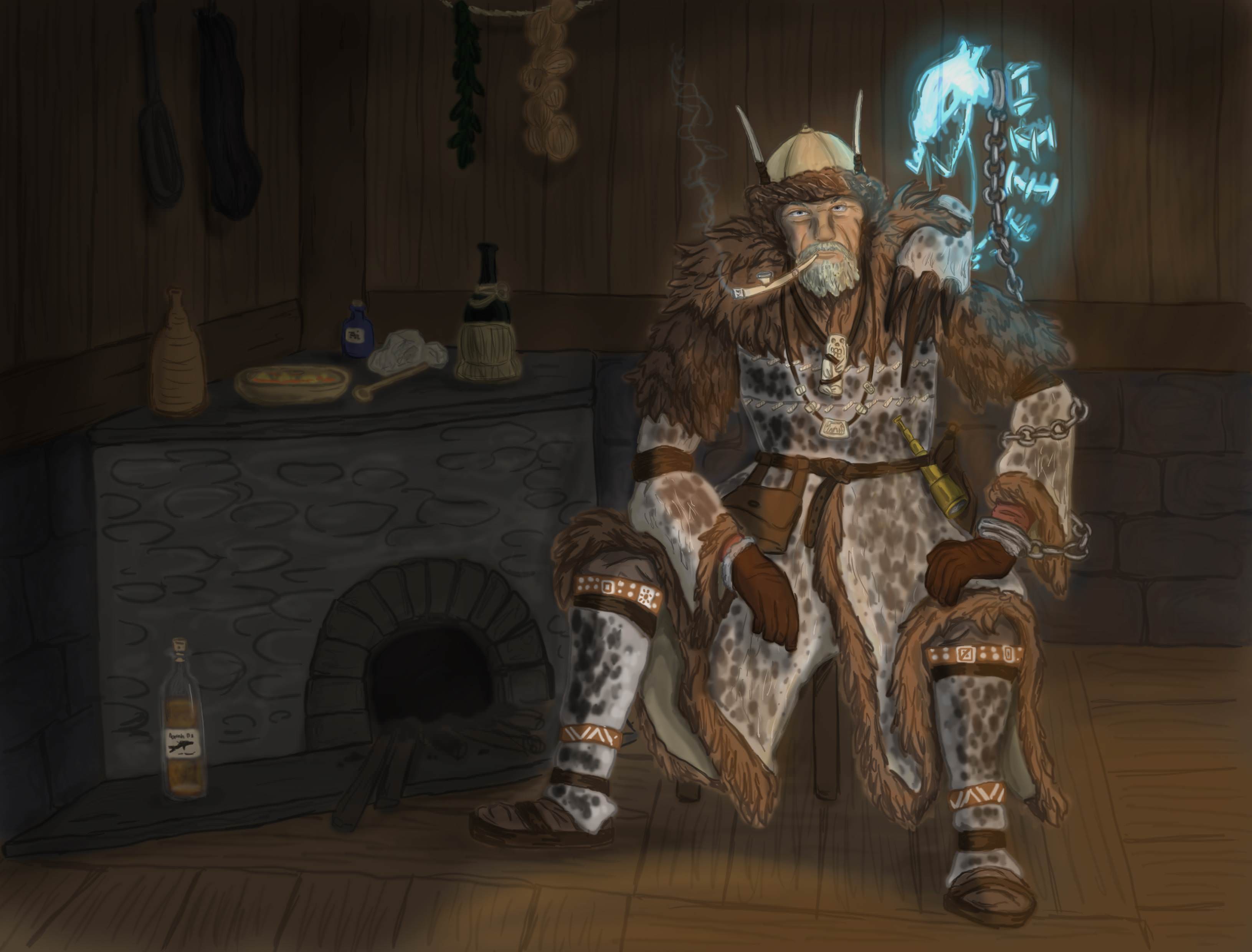 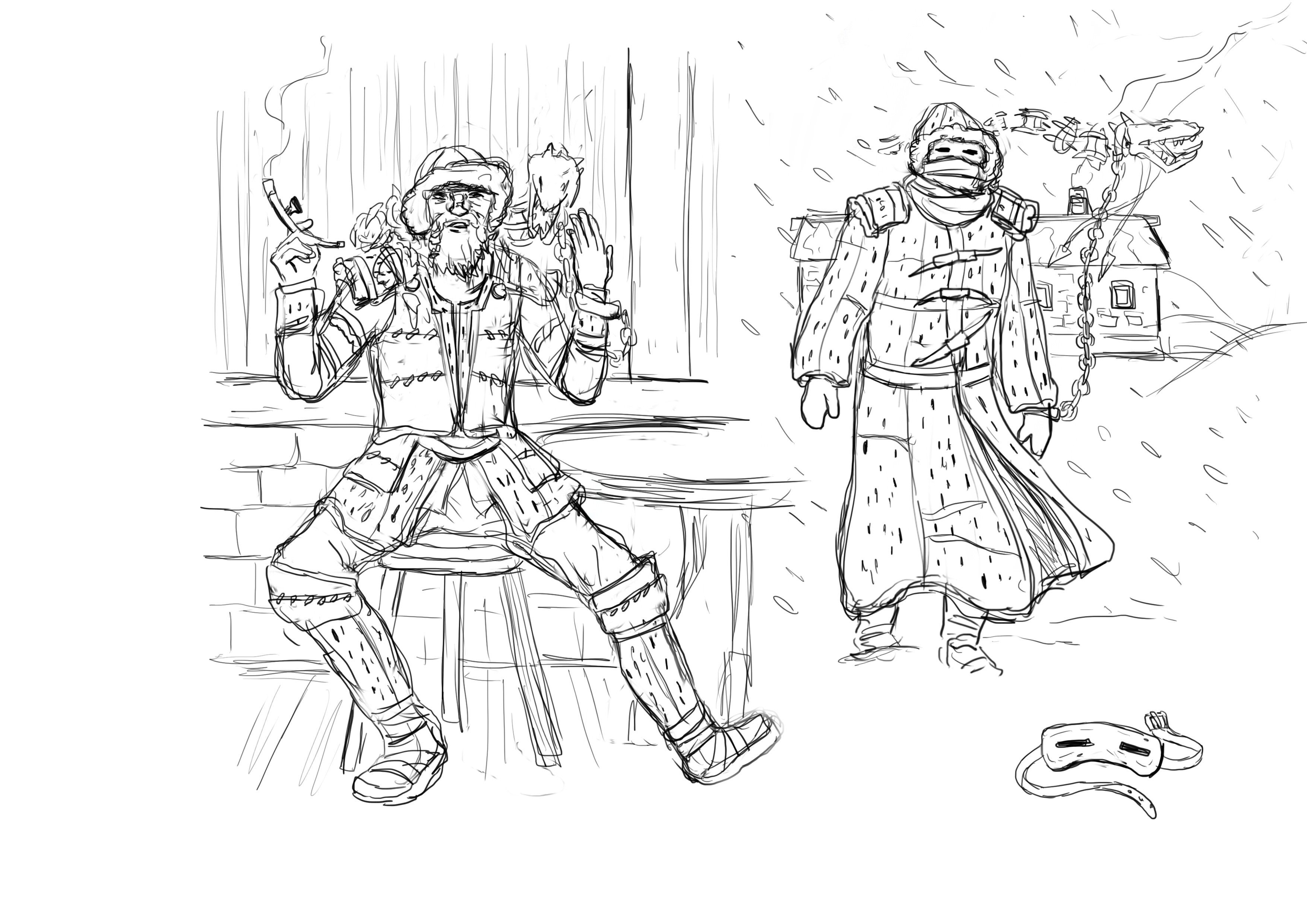 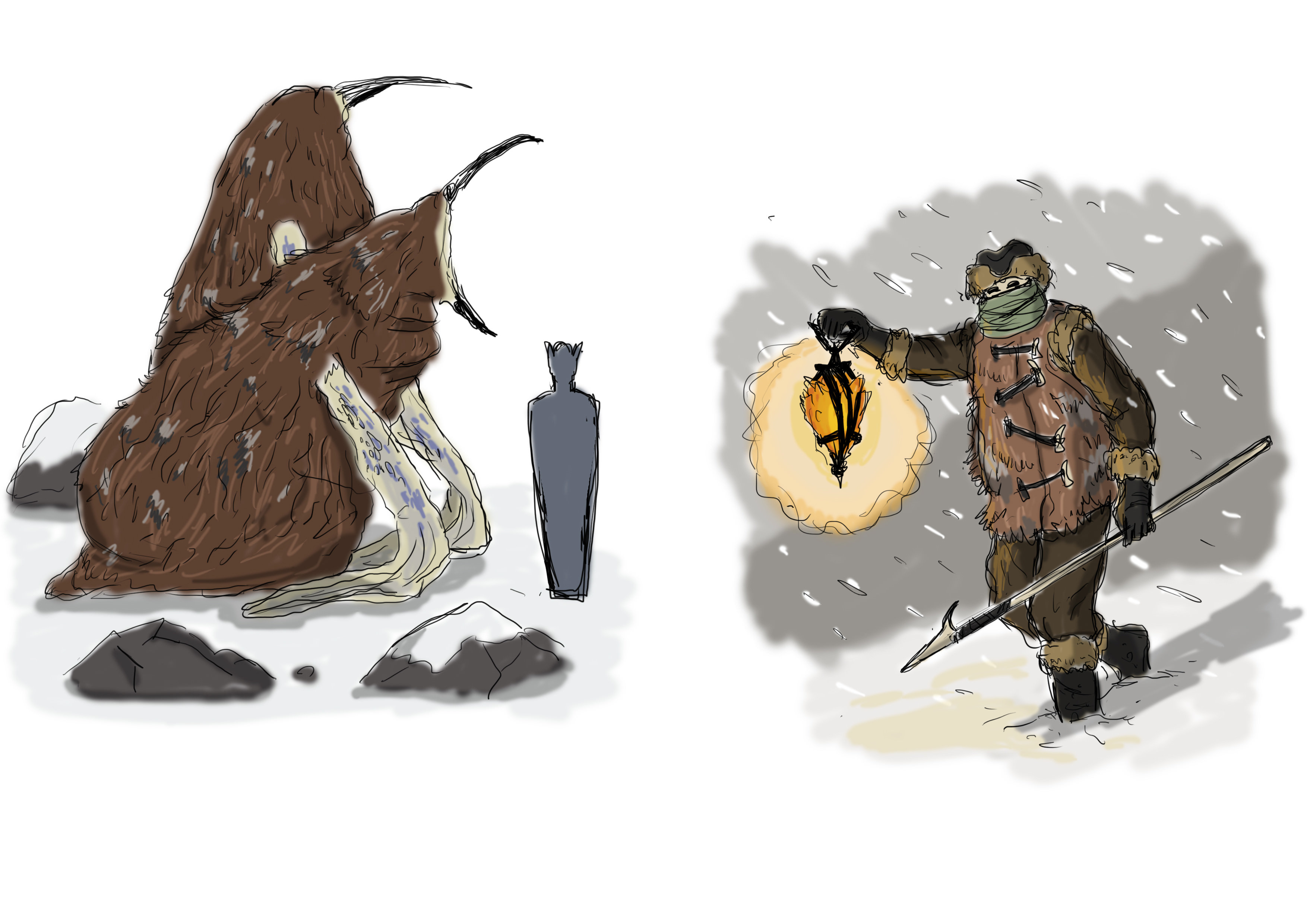 Left: "Giant blind penguins" inspired by Mountains of Madness. Right: A traveller with some sort of Atronach mechanic, to travel inland. By Ateiggaer. 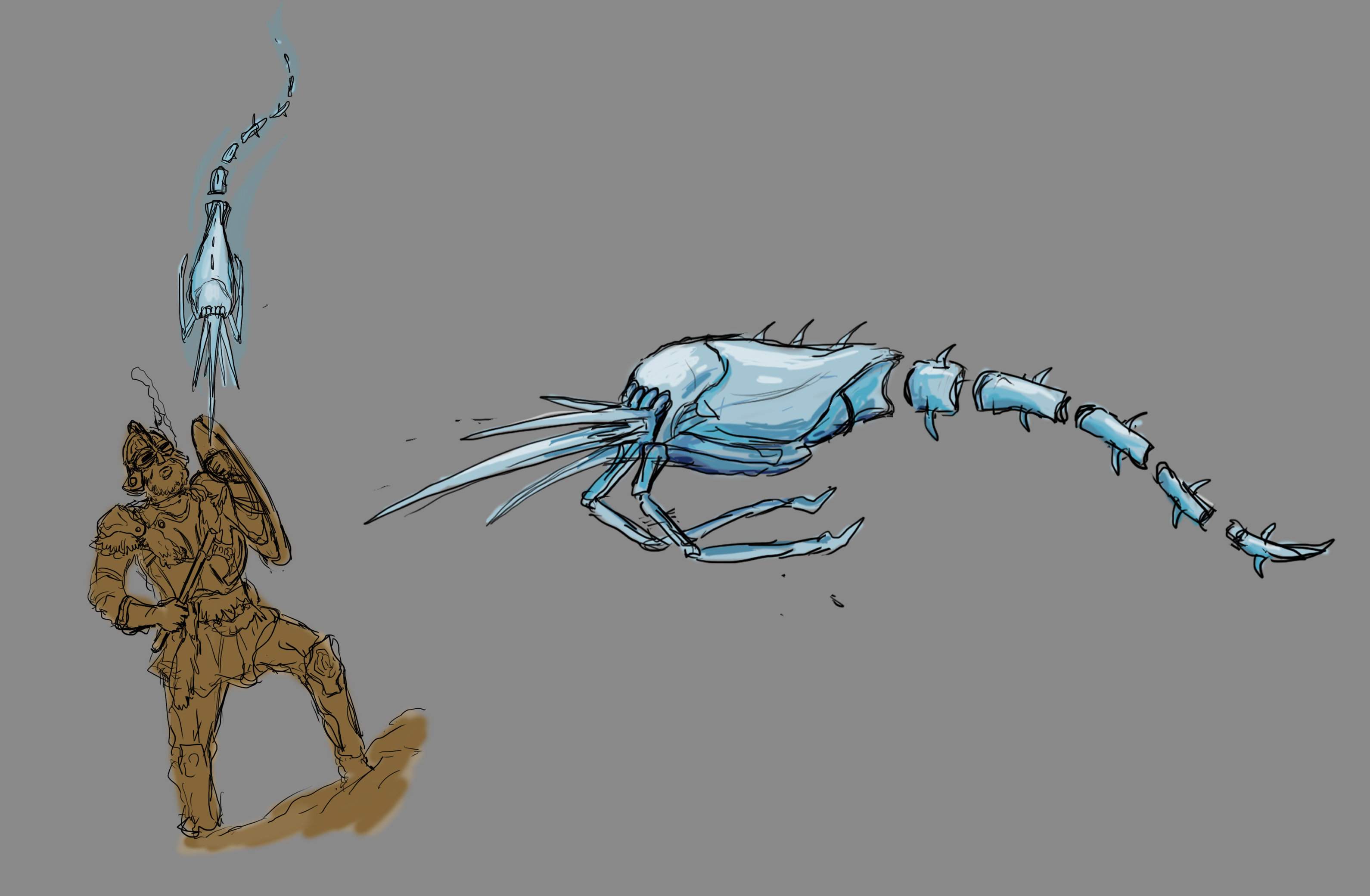 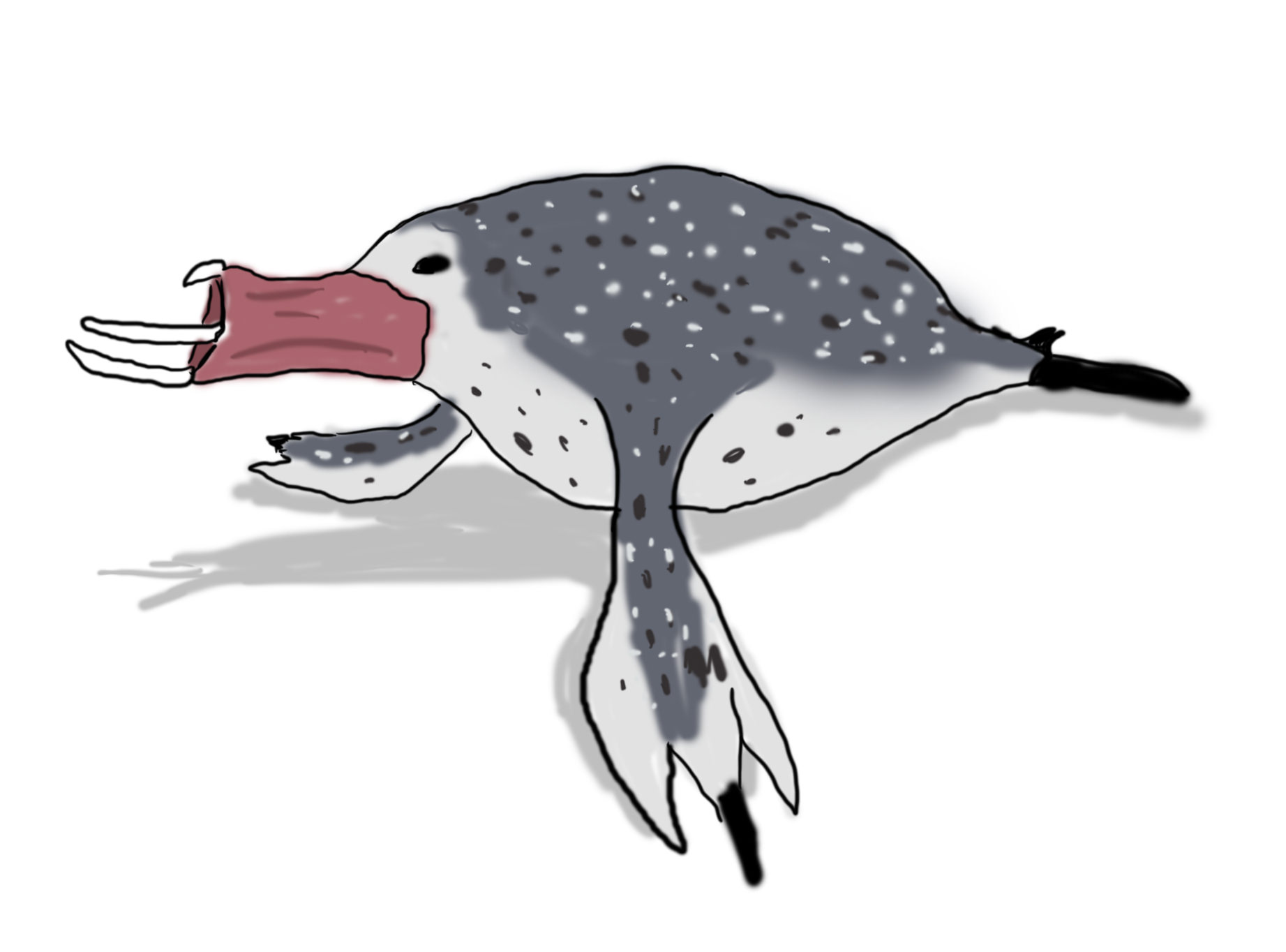