All topics related to NPC's, Quests and Dialogue
Post Reply
4 posts • Page 1 of 1

Result of much discussion on Discord

Primary contenders for the High Kingship (and SHOTN MQ "factions")

*Establishment of the Jarldom of Dunstad (replacing County Dunstad) and the Dawnstar marriage to occur during Haafingar questline
**Amol is disloyal, conspiring with Eastmarch since its seizure decades ago
***Jsashe is a potentially rogue actor

Potential plot hooks and main drivers, from PGE3 and other:

Thian questline: Eisir questline: Grovald questline EDIT: Updated some of the names to connect to Arena rulers, and wrote a short description of each one.
Last edited by Charger24 on Wed Nov 25, 2020 5:41 am, edited 9 times in total.
Top

I've made a graphic to illustrate the SHOTN Hold rulers' connections to Arena rulers.

Names in italics were not in Arena, but would have lived during the time. Queen Hania's exact connection to the Septim lineage is unsettled.

Updated the rulers graphic to add the Septim connections for Haafingar and Winterhold, and some names to fill the gaps of the intervening years. Also added Barda's heirs, and came up with a few (completely hypothetical) heirs for the older kings and queens. 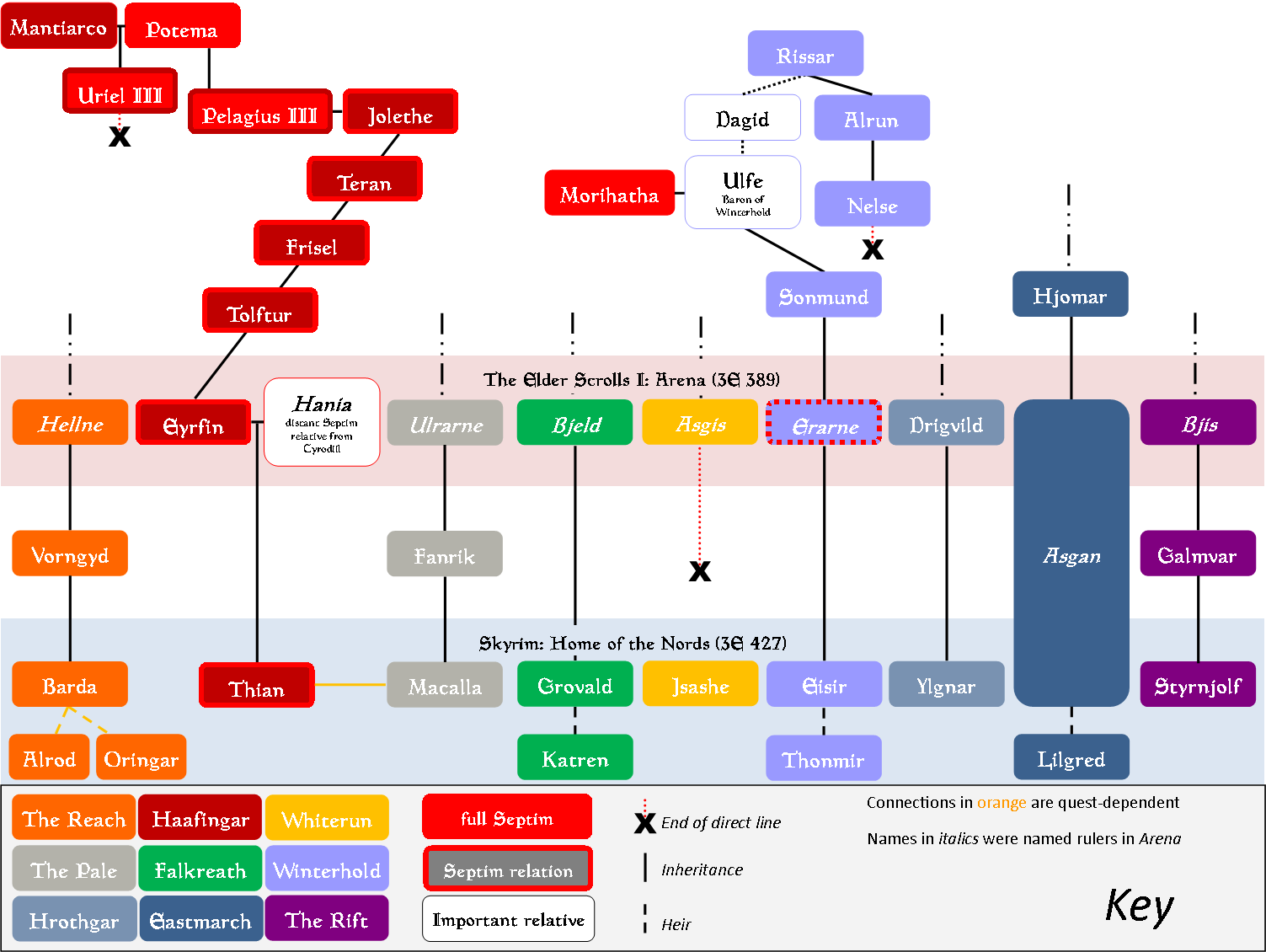 There's also this, a rough (and hopefully not too hard to read) sketch of relations between the Kings and Queens of Skyrim at the beginning of SHOTN. 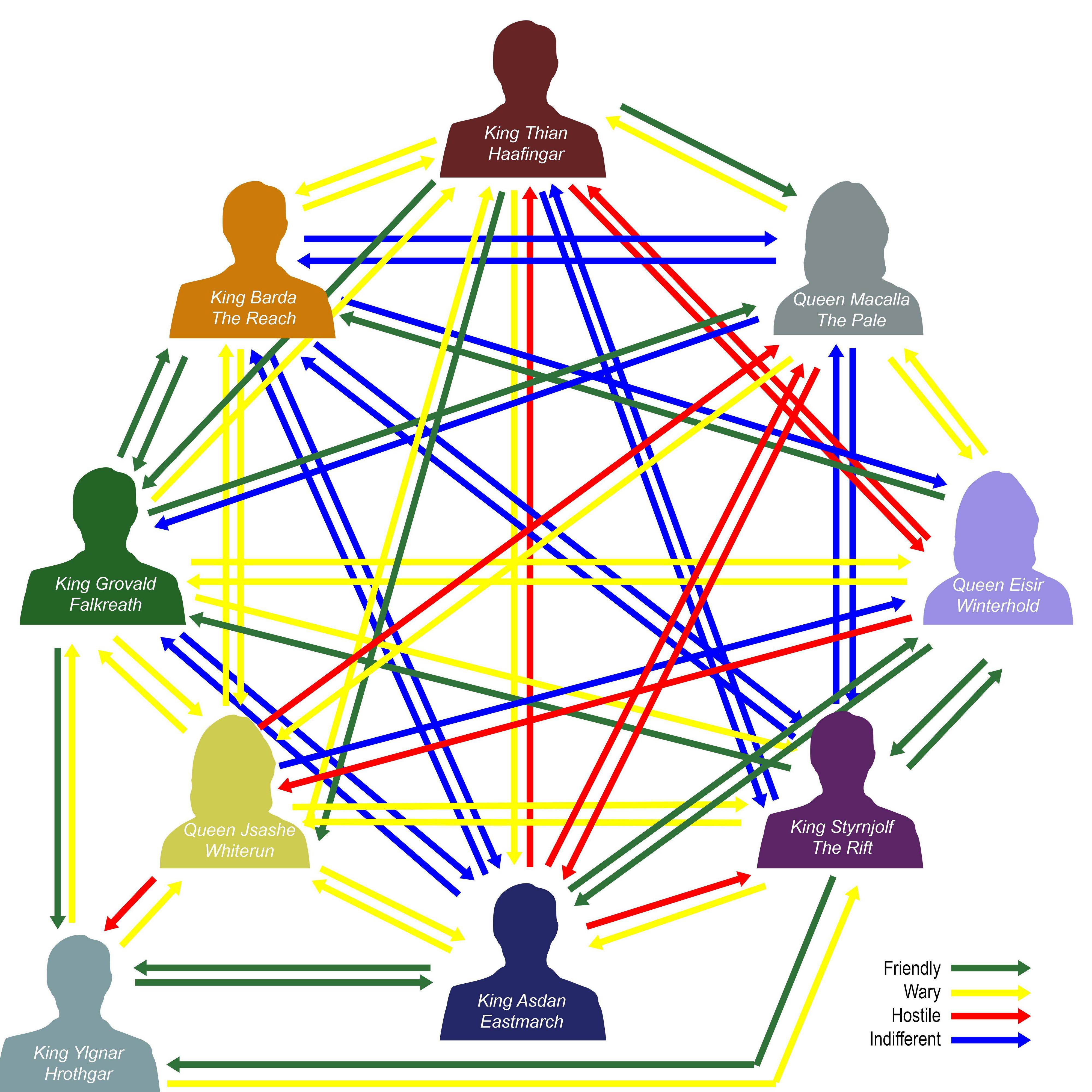