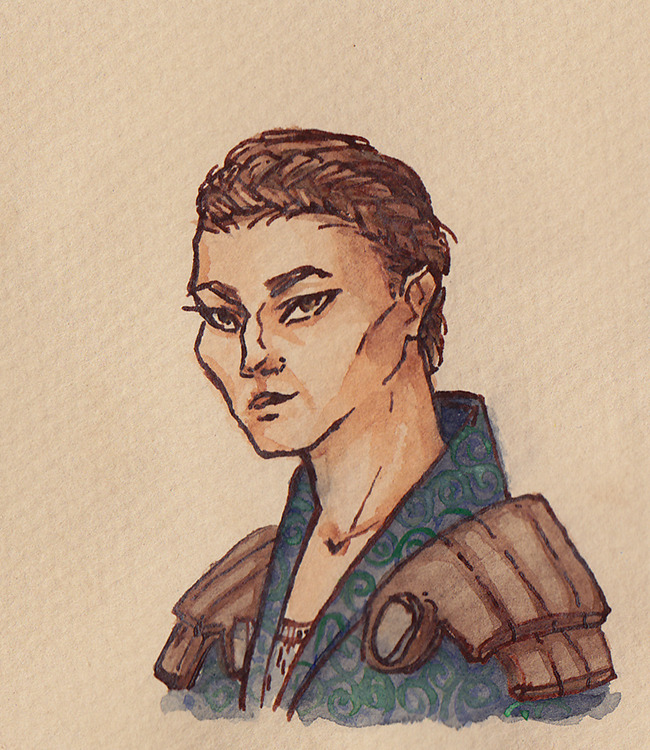 The Kvatchi pride themselves on two things: their condottieri mercenary companies, on loan to states from Solitude to Archon, and the freedom of religion they allow to every cult, be they pacifist Iusians or revolutionary Dagonites. From their lofty clifftop citadel, the saying goes, every god may survey their earthly kingdom.

(Illustration: Selvia Perperam, a captain in the Company of St. Perif of Nornalhorst, and an initiate in the Cult of Emperor Zero.) 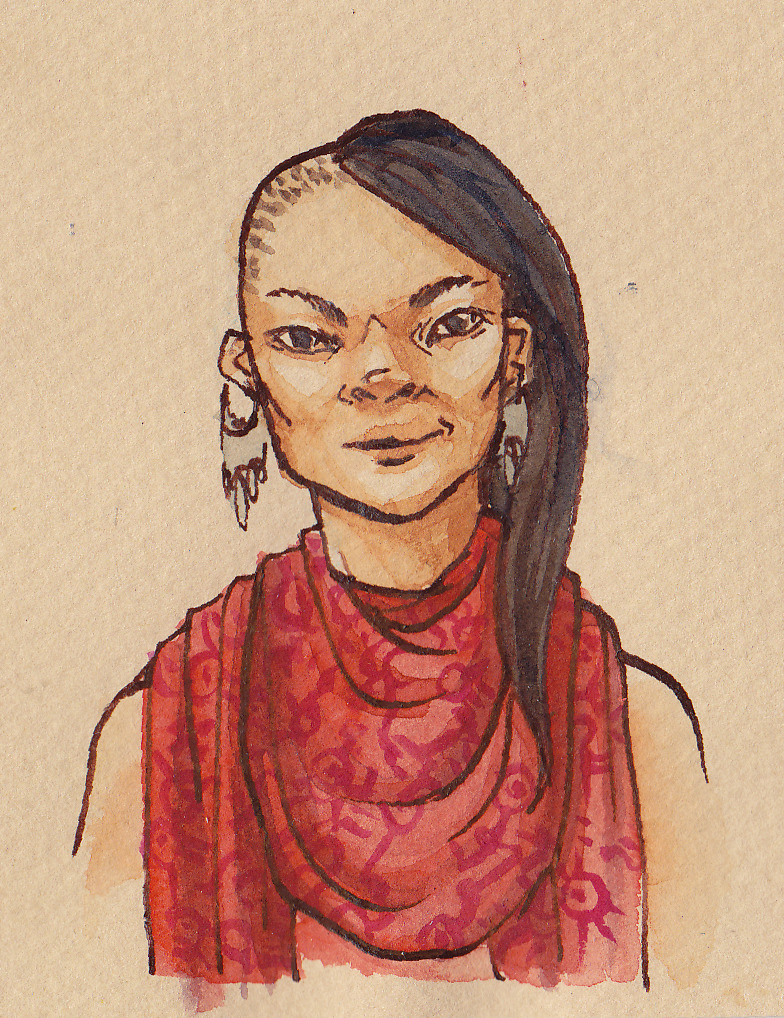 There are many names to call a resident of Cyrodiil. “Imperial” denotes citizenship and standing in the Empire of Man, while “Cyrodil” means simply a citizen of the heartland province. “Nibenese” and “Colovian” are commonly used, yet within those geographic areas are dozens of cities, and to insinuate that a citizen of Kvatch is akin to one of Anvil is to risk the ire of both. Then there are the ancient families and ancestral Nedic tribes, or else the Nordic settlers or Ayleid remnants or Dunmeri diaspora, which one counts as their forefathers. Others still come from far abroad, abandoning the ties to their original homelands, and embracing wholesale the numerous titles of their new, adoptive, motherland.

(Illustration: A keptu woman of Leyawiin, wearing a traditional silk shawl embroidered with her matrilineal bloodline.) 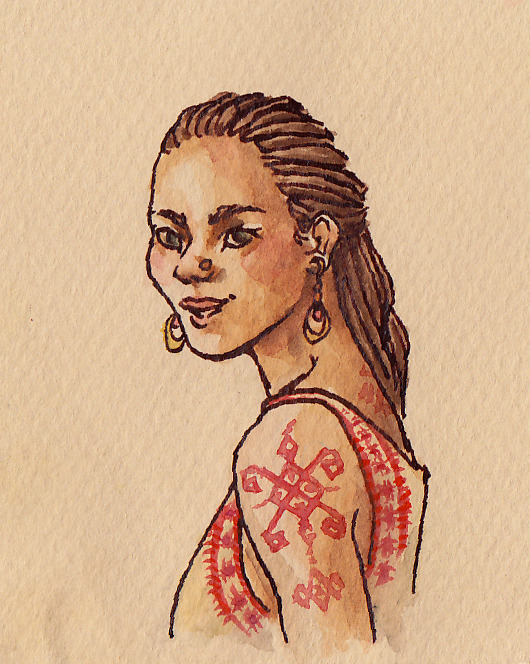 Though one’s mental image upon hearing of a Colovian is likely to be of a broad, straw-haired Cyro-Nord, the region is just as much home to the descendants of the Ra Gada as it is to the children of the Fivehundred. In many places, people claim equal descent from both, making the frequent border skirmishes between Hammerfell, Skyrim, and Cyrodiil an awkward affair. Though the regions is sparsely populated, and its peoples are primarily ranchers and herders, they are never the less a valued resource for whatever group needs their help at the moment. Despite their long history, the Kothringi left few written records, virtually guaranteeing their status as one of Tamriel’s enduring poetic mysteries. One shockingly popular theory is that the silver-skinned Kothringi were an early attempt by the Hist to create a life form that could more seamlessly infiltrate human civilization. The theory further posits that the catastrophic Knahaten Flu of the mid second era was the Hist’s way of removing their imperfect creations.


(Illustration: A rendition of a Kothringi diplomat, based on a late 1st era burial in the Imperial City.) It is easy to demonize those who are different. Though none will deny raids and invasions perpetrated by the Reachmen, the prejudice against them comes mostly from the differences in worship and culture between them and other Tamrielic peoples. They have been pushed from their traditional lands, relocated to poorer ground, only to be evicted from there as well once valuable minerals or metals were discovered. Their children are kidnapped from them and shipped off to Imperial schools where they are forced, in the name of “civilization,” to forget their culture, their language, and even their birthnames. Neither do their troubles end once they dress and talk like the Nords or Bretons, for, in the eyes of the Empire, their blood makes them forever a lesser, more barbarous race.

An interesting series of posts written by Pilaf the Defiler from TIL and illustrated by Lady Nerevar.

If permitted, some of these would make fine book additions. They would of course need to be adapted to our pre-Oblivion Crisis timeline.
Top
Post Reply
2 posts • Page 1 of 1