Home of a wood elf merchant, owning several stalls in the marketplace. Should have a Nord servant living with him. 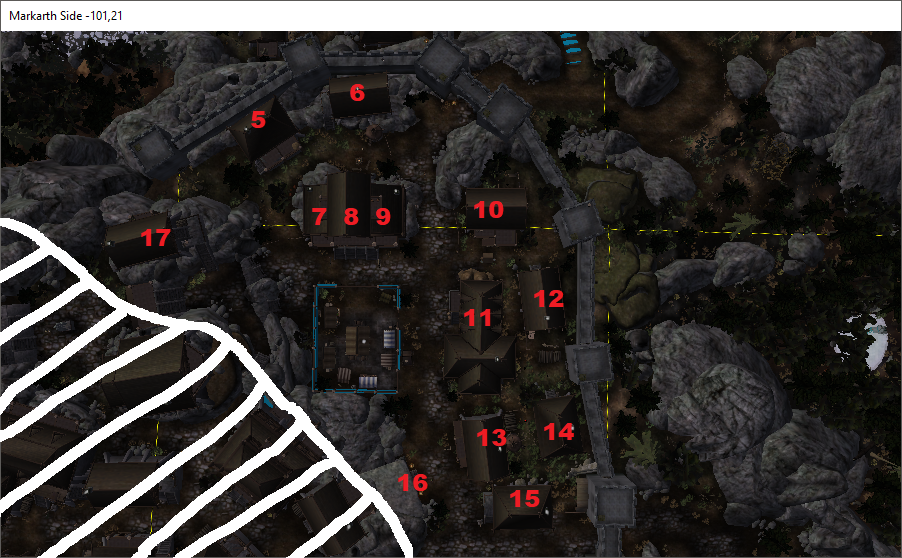 Nice work. Off to reviewing!
Top

With the extent of alterations a second reviewer should check this before its merged.
Name: Sky_iRe_Mk15
Clean: Yes
Lighting: Base setting too bright*
Northmarker: NA
Fits exterior: Upper floor will, basement might be an issue depending on how much the ext has been placed, I swapped out the closed window with an open one to use some window lighting
Pathgrid: No, added
Illegal to Sleep Here: Yes, correct
Gridsnap: See below
Tileset: Basement was cobbled rather than made of set tileset pieces, remade it for fewer refs. House, had an obscene amount of cobbling for minor tasks removed most of the planks and swapped around walls on the upper floors, removed the black squares covering the entire house and the superfluous floor layer from the attic space which blocked the map view. Added black squares around the edges to hide flooring
Shell: T_Nor_SetMarkarth_X_House_02

Other:
replaced some of the deprecated books: removed the red book of riddles (a quest item *all five* copies), the guild charters (neither residant is marked as a faction member and the quantities were just ludicrous), the five tenants (again not members and even they were not something that is just left on a shelf) thirsk a history (irreverent to a bosmer merchant in western Skyrim), all but the two volumes on the table of the wolf queen (a entire skill book set is obscene) notes on racial phynology (irrelevant to a merchant), the warriors charge, on oblivion, waters of oblivion (merchant not a conjurer), removed some of the copies of the wild elves
Added copies of "the refugees", "Of Jephre" (Valenwood literature) and a map of the reach
Moved the volumes of a dance in fire to the shelves added some extra misc stuff to the desk
added some bottles of jagga to the top bedroom (wealthy merchant able to afford a taste of hom)
Swapped the merchant and servants quarters around.
Added internal doors
*removed most of the orange lights, kept the upstairs and one in the main room