According to the discord chat, some people think I should start posting some of the ideas I have for Altmeri culture. I'll start with something small and (hopefully) not lore-breaking with this post I wrote up a long time ago on Altmeri cuisine. I've edited a bit of the references to remove terms from ESO (kinlord etc) but if anything seems out of place still I can edit it.

For inspirations, I mostly drew from East Asian cuisine, with a bit of French. I also threw in some polynesian and latino cuisine in there, considering Summerset is an island nation in the southern hemisphere: Altmer commonly jest that they’ll die without their daily quota of seafood. As an island-nation dotted with many lakes and lagoons, their food is heavily based on fish, seaweed, shellfish, and other creatures found beneath the waves. Further inland, poultry like duck and peacock are commonly consumed. The Altmer hunt these birds, and do not typically breed them, as it “spoils the meat”.

Pork, on the other hand is bred for slaughter. Goblin-labor and Magical terraforming makes farming a relatively simple task for Workers, so they spend much of their time breeding pigs and developing more efficient ways to raise them. In general, they find the happier the animal, the sweeter the meat. Because of this, The Summerset Swine is the most pampered, pompous, snobby, and arguably most delicious creature to eat in southern Tamriel.

In the highlands and mountains, rich, hearty food is the norm. Because food must often travel great distances, and food doesn't hold up to teleportation, various forms of preservation are used. Curries, chutney, and other herbally-packed sauces are used to keep food fresh for months. Fish is often dried or cured to satisfy the ravenous desire for seafood on the frigid peaks of Cloudrest. As alchemical refrigeration became more widespread, these techniques became irrelevant, but the traditions remain.

The following is a snapshot of common dishes and ingredients within the Blessed Isles.

The staple food of Summerset cuisine, eaten by the lowest goblin and the highest of queens. Pyul comes from the versatile taro plant. Terraced farms dot the territories of Summerset, where taro is cultivated by the Beast-caste.

While the vibrant blue leaves are functionally useless (though often used as decoration), the violet grains and purple roots are extremely nutritious. Pyul grain looks like a dense form of rice, with a noticeably sweet taste. It is the base of many dishes. The grain is often blended with water and herbs to make a bluish “milk” called “Varlache”. It has a sweet, spiced taste, and can be served hot or cold.

Pyul root is used to make a dish simply called pyul. It is ground into a dense paste, at which point water is added, and it is ground again. This process repeats a number of times, depending on the consistency desired. The thinnest pyul is somewhere between a yogurt and a soup. Fruit is offen added, as are chilis, to give it a sweet, peppery flavor.

Thicker pyul takes the form of a plum-colored pudding or custard. Fruit is added to this variety as well, and pyul grain is often added to give it a satisfying texture.

The thickest pyul is essentially dough. It is often eaten raw, but can be baked into a dense, cake-like bread, served with duck, dried fish, or pork. This “bread” is commonly filled with fruits, nuts, or a vachni-filling.

When pyul is fresh, it is very sweet, and not suitable for all dishes. The longer it’s left to ferment, the less sweet and more tangy it becomes. Fermented pyul is the common pairing for salted fish.

Thin pyul is commonly fermented with herbs and spices, resulting in a dark, complex sauce known as hrosen. 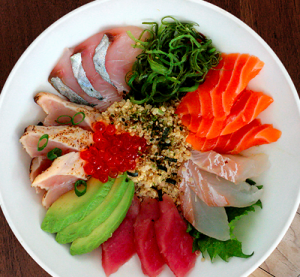 By far the most famous Altmeri dish, the ceyasi bowl consists of fish: raw, salted, or citrus-cured, on a bed of Pyul-grain, often garnished with seaweed, scallions, nanga-slices, and drizzled with hrosen sauce. The dish is eaten almost obsessively all across the Isles, and the novelty quickly wares off for Imperial colonists.

A distant relative of the Morrowind eyestar, seastars are all over Summerset’s beaches. If not for their unique shape, and their surprisingly good taste, they would likely be considered pests.

Deep-fried seastar is a common street-food in the coastal cities. It is usually served on a stick, with a sweet and spicy sauce for dipping. Alternatively, a creamy, tangy aioli is used.

The seastar is commonly seen as “low” food, but is a guilty pleasure for members of the upper-castes. Nanga looks like an ugly, wrinkled, oblong fruit on the outside. Inside, however, is a delectable green flesh, creamy, meaty, and slightly sweet. It’s commonly eaten fresh, or in a popular form of vachni served with baked taro shavings

A seagrape is the egg of a cuttlefish, a commonly consumed mollusk in many Summerset dishes. The cuttlefish larvae can actually be seen swimming inside the gooey grape as they're eaten. If not eaten raw, they are pickled and jarred. Otherwise they are salted, resulting in seaprunes. Seaprunes are not prunes.

Meaning "Forbidden Forest" in Aldmeris, Abatar is a crunchy tree-nut that grows in the deepwoods by small bodies of water. As this is also the habitat of the Greatfly's children, young mer are steered away from these places, lest their fluids be drained in a colorful haze of death. The lotte is a bitter, extremely sour citrus fruit. It is often used to add zest to other dishes, though its strength must be taken into consideration. It is sour enough to “cook” fish remarkably fast. Children often dare each other to eat a raw lotte, which inevitably leads to a trip to the apothecary.

The mantis shrimp is one of the most dangerous sea creatures in southern Tamriel. It essentially “punches” its prey at a speed that breaks the sound barrier. The strength of its blow is stronger than an arrow or dart, and can easily punch burning holes in flesh.

If anything, the fact that anyone bothers hunting these sea-bugs is a testament to its incredible taste. They are often grilled, fried, or eaten raw in ceyasi bowls. 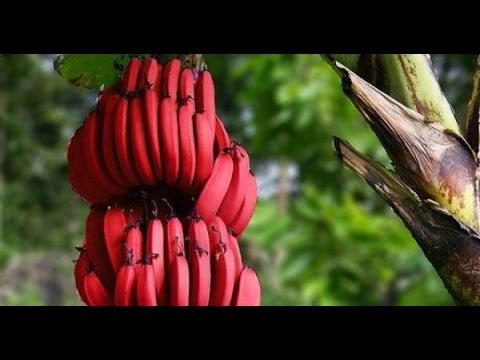 A rather large, banana-like fruit, the beladiil is a favorite food of the petty trolls that lurk in the trees of the Summerset-wilds. They are blood-red, and the flesh often leaks a sticky red liquid that stains the lips.

The phrase, “have you been eating beladiils?” is a common response toward an Altmer who tells a dark joke, or otherwise suggests something violent. From afar, this tree-fruit looks like a giant pearl. In fact, it is similar to a coconut, but it’s filled with a dense, caramel-colored goop used for various sauces and beverages, or eaten fresh as a sweetmeat popular with children. 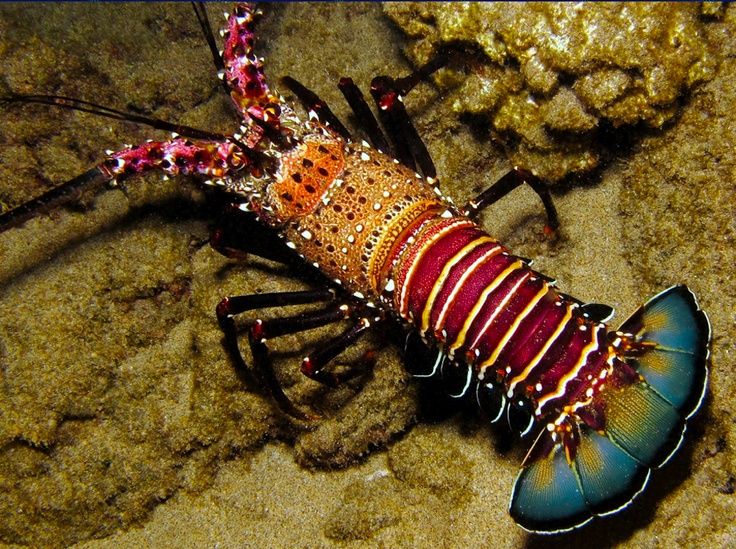 A beautifully colorful sea-bug, the rainbow cray was actually considered a cheap foodstuff for millennia. There was a time when a mer could pick them out of the warm Summerset waters with little effort, as they absolutely infested the coasts. The meat was jarred, doused in curry, and kept as an emergency food for Workers in times of famine. It wasn’t until the chef, Voradalmo, decided to boil one alive that the secret to their delectable taste was discovered. Considered a treat for Workers, and a common dish for Landowners and Merchants, the rainbow cray is served with lotte-spiced pig-butter, or a tangy aioli, sometimes both.

The Altmer obsess over this spice, and use it in nearly every savory dish. Silche is moderately spicy, only slightly stronger than what the average Imperial is used to. What makes silche special, however, is the way it “invades” your taste buds, causing your lips to tingle and your tongue to numb. Colonists and diplomats often believe they've been poisoned when they first taste a dish with silche peppercorn, and the Altmer find this hilarious.

A Summerset staple, this dish consists of pork wrapped in pyul-dough, which is then water-boiled and doused in an oily, sweet and spicy sauce, then garnished with peppercorn. This is considered the most "normal" dish for Imperials, and it's often a favorite once they figure out the peppercorn isn't killing them.

The Orlanaam
[the old image link was broken, imagine a small tropical bird for now]
A song-bird found in the more tropical regions of Summerset, the orlanaam is a rare delicacy. It is also literally delicate once deep fried, as its bones, beak, and feet are all easily eaten whole.

Unlike the Summerset Swine, chefs believe a sense of shock and betrayal enhances the flavor of the meat. As such, after being treated as a pet for several days, the orlanaam is violently drowned in an herbal cream liquer. Upon consumption, it is customary to cover one’s face with a table-napkin, to “hide your shame from the ancestors”. 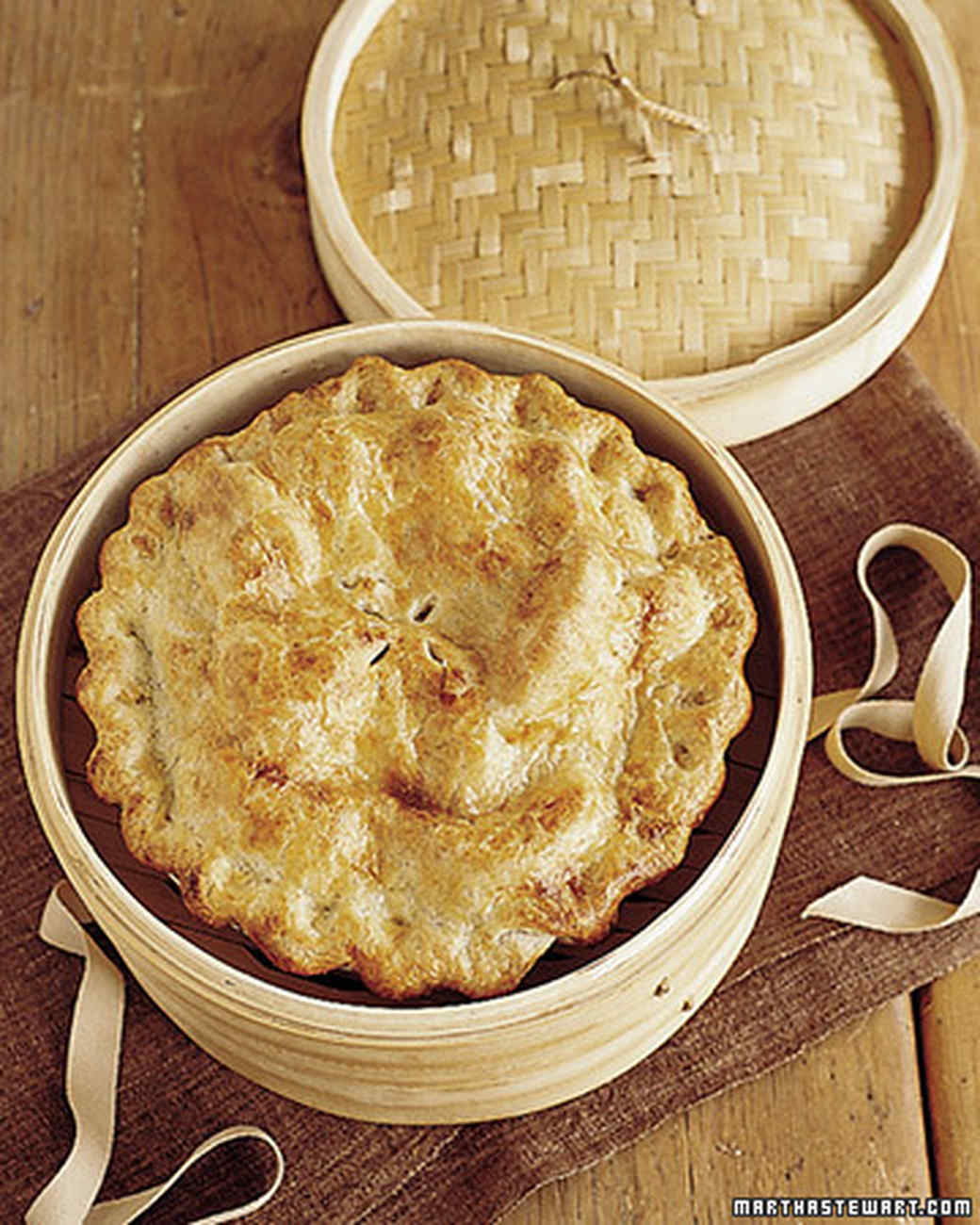 A sweet and savory pie popular in cooler seasons, rainbow pie is peacock in a beladiil cream-star sauce. Frost mirriam is baked inside, and traditionally a small leaf is placed ontop before serving. The mirriam keeps the Altmer, who are sensitive to extreme temperatures, warm on the snowy Eton Nir peaks.

As frost mirriam is native to Skyrim, this dish likely dates back to the early merethic era, when the Falmer and Altmer were in frequent contact. Today, frost mirriam is commonly found as a dried herb in most Summerset kitchens.

"Gar Sul" is essentially the aldmeris word for barbecue. Fat cuts of Summerset Swine are rubbed with sugar, herbs, and spices and smoked until the fat begins to melt and the sugar starts to caramelize. Then, the meat is brushed with a sweet, hrosen-based sauce and served with pyul grain or bread. 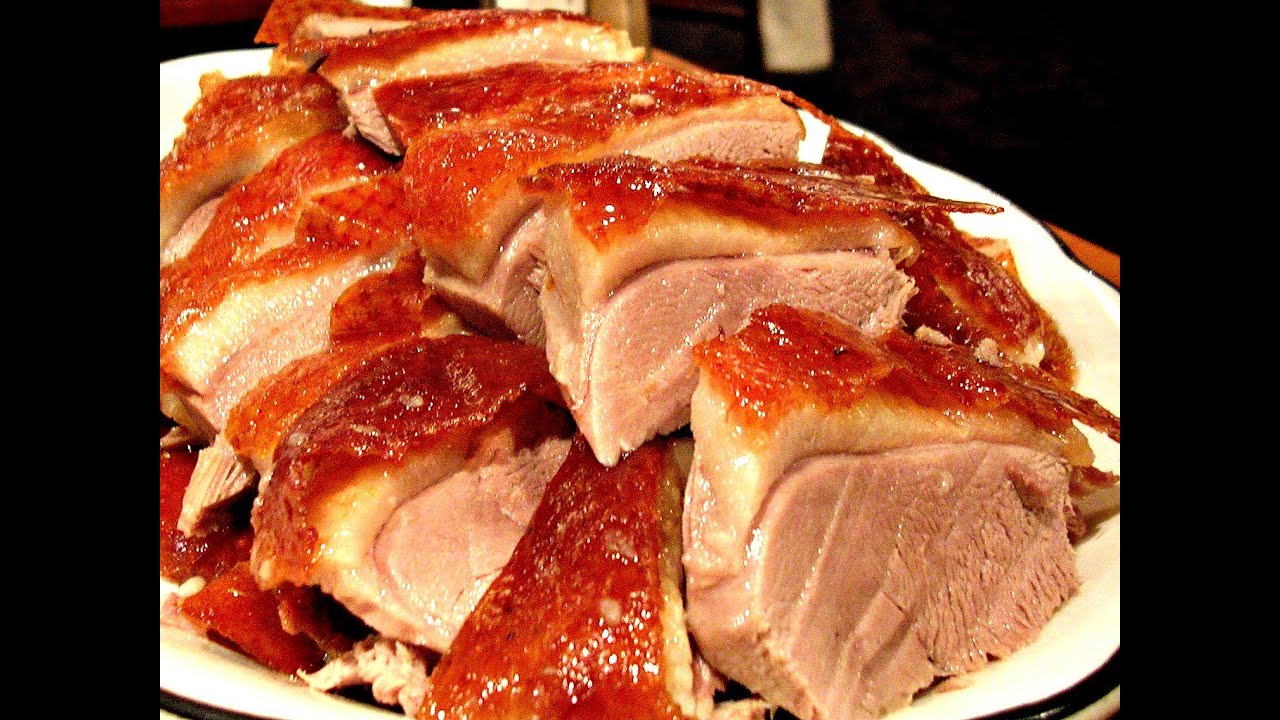 Perhaps the most popular non-fish dish in Summerset, Pyul-King-Duck is one of the oldest recipes in Tamrielic history. In its most basic form, it's sliced duck breast drizzled in hrosen sauce served with small pyul "pancakes". The Altmer typically create little "sandwiches" with the pancakes, wrapping them around the duck slices and eating them as sliders.

The process of cooking Pyul-King-Duck is almost comically elaborate. The ducks must be hunted, hung, and roasted in a precise manner. Any deviation ruins the dish entirely. Unlike many of the more complex Altmeri dishes, however, every Altmer seems to know exactly how to cook Pyul-King-Duck. it's been a part of Altmeri (possibly Aldmeri) culture for so long that it almost seems instinctual. Any outlander who spends more than a day around an Altmer will eventually be offered a Pyul-King-Duck dinner, not necessarily out of respect for the outlander, but to prove the superiority of the Altmer palate.
Top
Post Reply
1 post • Page 1 of 1