I'm assuming our province will look more like this, with the islands of Balfiera and Betony still being under Breton control, considering Sentinel lost the Betony War.
This page has good variations of the TESII Daggerfall map, like climate, heightmap, political and concept.
Probably neither the Daggerfall map or the Arena map are relevant in 427 since the Warp in 417. I'm wondering though, would those other city-states that were wiped out now be cities and towns in their respective regions? For example:

Or will these be counties? The Warp in the West book reads: "'The Warp in the West', is celebrated as the product of the miraculous interventions of Stendarr, Mara, and Akatosh to transform this troublesome region into peaceful, well-governed Imperial counties. The catastrophic destruction of landscape and property and the large loss of life attending upon this miracle is understood to have been 'tragic, and beyond mortal comprehension."

So the heighmap will be completely different. This is exciting in the sense that we don't have to adhere to the design that was establish in TESII lore, as almost all the cities and landscape and people were obliterated. That's also going to require a lot of new lore and conceptualizing on our part. I remember reading an article years ago of an interview with Todd Howard saying that he envisioned Daggerfall castle on top of a very large hill surrounded by a moat.

My main question is, what are Daggerfall, Wayrest and Orsinium now? Are they regions? Very large city-states? They look too huge to be counties, despite the Warp in the West book saying that. Thoughts?
"If one is to understand the arcane arts, one must study all its aspects, not just the dogmatic narrow view of the Mages Guild."
Top 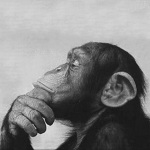 The general consensus was that the warp in the west is that it obliterated a lot of the smaller lesser known cities. Leaving the main three. Daggerfall, Wayrest and Orsinium. TES II was massive, most of the locations were the size of Daggerfall city.

The settlements that were decimated, were left as small towns and villages.
You have to remember that the warp occurred between Daggerfall City, Wayrest City and Orsinium.

http://www.uesp.net/wiki/Lore:The_Warp_in_the_West_%28book%29 wrote:It was there I learned that there had been a three-way clash between Daggerfall, Wayrest, and Orsinium not far from where I had been, and that the land midway between their kingdoms had been decimated.'

Basically, it didn't affect the entirety of High Rock. If you refer to my topic about Regions and Settlements, you will see that the settlements have been split into cities and towns. Look at it from a design point of view. We can't possibly build at the scale of Daggerfall.
Top

On the TES2 Daggerfall map, those yellow lines correspond to political boundaries for the various kingdoms. As I understand it, the Warp in the West erased and redrew those lines into the first map that was linked to. The loss of land and life I assume was something like the erasing of the actual cities of places like Northmoor and Illesian Hills, and their transformation into strictly geographic regions such as, well, moors and hills. Other settlements such as Anticlere, Dwynnen, and Menevia I imagine were less drastically altered and simply made subservient to the main powers of Daggerfall, Wayrest, etc. This left a "cleaner" and more well behaved (due to their newly created subservience) division of the province. Similar to the division of Morrowind with the house borders under the five Great Houses and the Temple. I imagine the settlements that are left would just be vassals to the larger, more powerful kingdoms of Daggerfall, etc. As for the heightmap changes, I thought one was already created. I guess the warp is still in living memory so you'd probably have some people affected by it deeply.
Top

Exactly. You said it wayyyy better than me haha
Top
Post Reply
4 posts • Page 1 of 1