House of a captain.

Building 38 on this map: 
38. Harrik Oaken-Hull’s House
a. Harrik Oaken-Hull (Nord, m, sailor) Captain of the Serpent’s Wake. A well-to-do merchant captain and occasional buccaneer. Spends long times at sea. People look down on Hanrik for marrying a local Bosmer from the poor district.
b. Hasathil (Bosmer, f, commoner) Wife of Harrik Oaken-Hull. Has some difficulty with the locals over her marriage.

The exterior file can be gotten from this thread. Always use the latest file.
Top

I had been working on this in my showcase thread previously, this is my first update since becoming a member. The file includes the fixed layout(split the double high side rooms off the dining room into two floors connected by trapdoors) as well as a basic(large pieces) furniture setup for all the rooms except the two hallways. The layout goes:

Heading to bed so figured I'd update the thread before I go. Attached a new file, added northmarker, detailing mostly finished for kitchen, dining room, and general storage area, some work done on other areas but nothing near finished(note, will be changing the layout of bedroom a bit to accomodate a fireplace to match the existing chimney. Additionally, a chimney needs to be added above the kitchen area, I have marked the location with the circle on this screenshot: 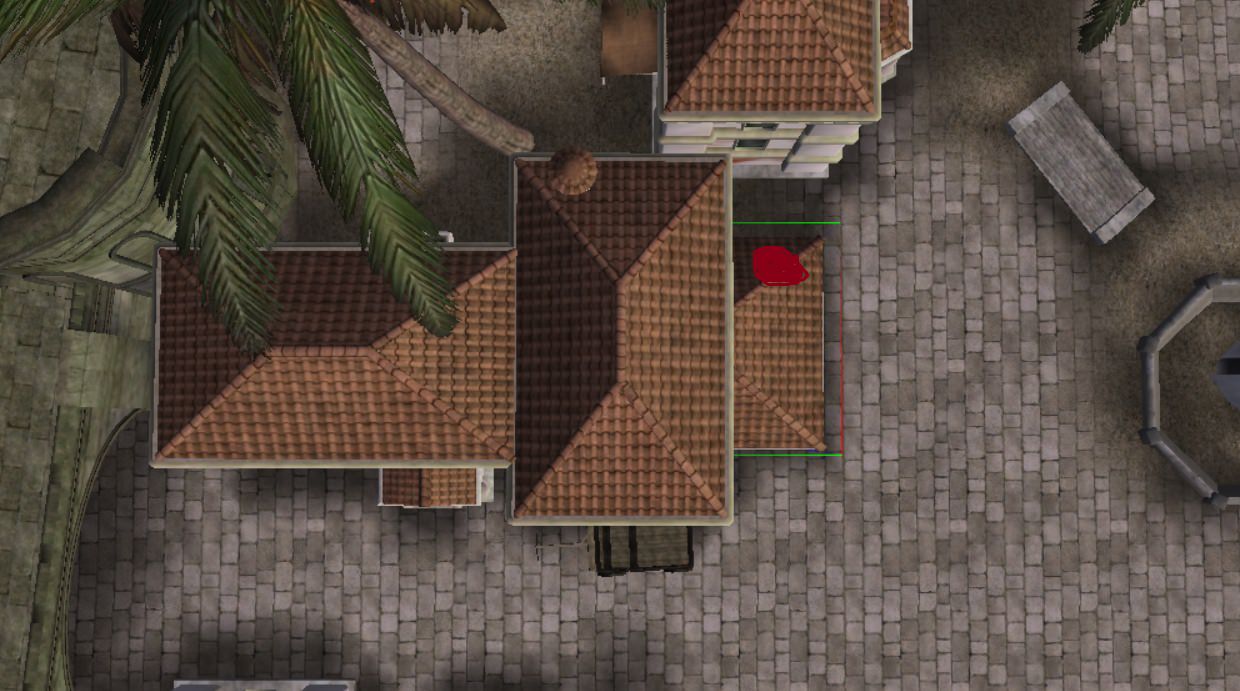 Will do more work on this tomorrow, maybe finish it depending on how much time I have.
Top

Very good, remember to make a note like this for the merger in your final upload, where you specify that the chimney needs to be added/moved. When merging 50 ints, you can easily overlook stuff, and you rarely read the entire claim thread for each int.

Notes:
1. The esp adds three new objects: a letter from Harrik to Hasathil from a time he was on a trade voyage, a key to a locked chest where Hasathil keeps the money Harrik leaves her for while he is gone, and a key to a locked room where Harrik stores goods he gets from pirating. These have been properly named as per the naming convention thread, I believe.

2. After discussion with Infragris on discord previously, I made one of the rooms on the first floor a servants quarters. The proposed NPCs to be added are as follows:


c. Rosalia Malene(Breton, f, cook): A low-class breton woman who dreams of being a chef. Loves making native Bosmeri dishes for Hasathil.
d. Suhir(Redguard, f, commoner): A low-class Redguard woman who works as a maid for the Oaken-Hulls.

Went back over it again, fixed the issue I seemed to be having on these firs few interiors with chandelier density, and I believe it is, to the best of my knowledge, [COMPLETE}. should be moved to reviewing with admin approval.

whoops, it's in reviewing.
Top

Fixed a problem with doors, I thought the gridsnap aligned them properly but they were floating a few inches away from the wall instead of attached.

NOTE: This review is not finished dont move the thread.

Replaced Misc_Uni_Pillow_02 with Misc_Uni_Pillow_01. (Both)
Replaced T_Com_Furn_Bed_02 with poorer ones. (Both)
Removed all T_Com_Var_CandleWhiteOff_04: Arent supposed to be placed like that.(Texture problems)
Added T_Imp_SetGC_I_Railing_02 to the big hall where nessecery.
Added a bit of clothing to the servants quarters.
Added some ruggs.

I have fixed these things for now. Before I continue there are some things you need to fix:

1. Detailing: Its needs more detailing. More ruggs would be a good start. More food on the tables like in the big hall would also be good. Also, remove some of the silverware on the table. It looks like a dinner for a king currently.

2. Use of trapdoors. The storage room and the kitchen room on the second floor who are only reachable through the trapdoor are a nogo for me. Please replace them with normal acces to the rooms which may require some reworking.

All in all it looks good. But your going to fast, take your time and detail. If you have no inspiration then wait some days and then come back. But other than the detailing your doing a very good job.

Updated with more clutter. Looking back on this the lack of rugs was so noticeable, no clue how I missed it. Added lots of food and some other minor clutter, as well as some Jagga the captain mentioned in his letter, since I realized we had it in T_D(I really need to remember it's T_We and not T_Bos).

T_CyrImp_FurnM_Cl1EtFGC: Moved a bit so that its right door can be opened.
T_Imp_SetGC_DoorIn_01(two): Improved their position.